We were asked to complete keep clear markings at a hospital in London.  We applied Yellow Thermoplastic markings to a tarmac surface.  The old lining was in a poor state and had almost disappeared so there was no reason to remove the existing markings – we applied the new markings over the top. Removing the old markings would have damaged the surface and was not necessary for the application of new lines. 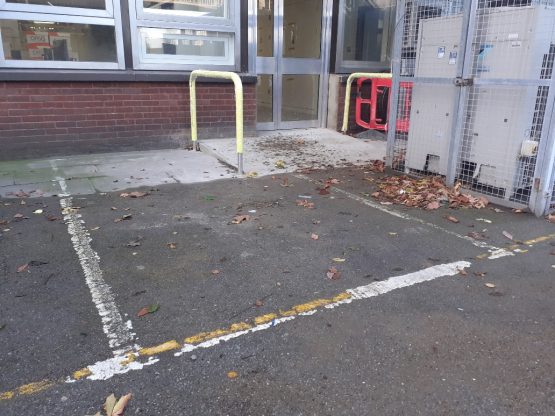 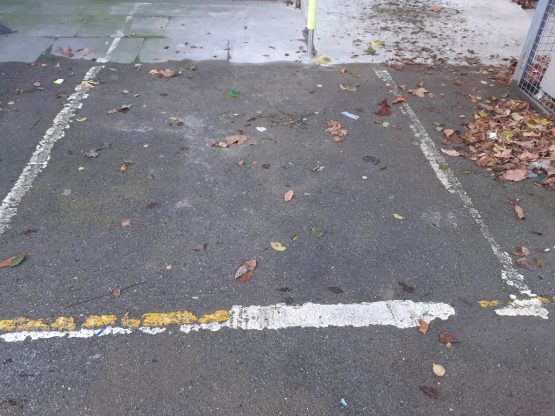 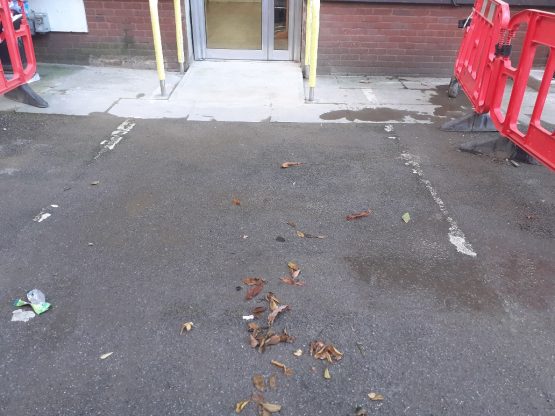 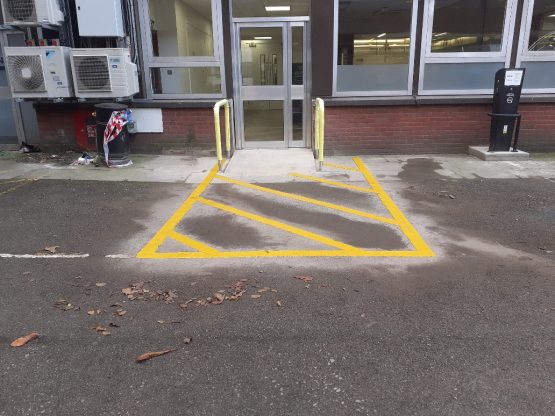 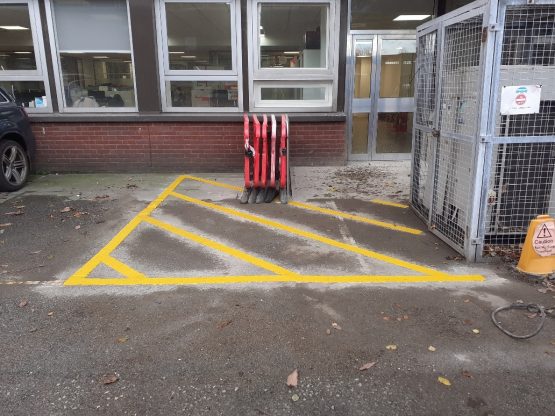